A Short History
of
'Bezier Design and Construction'

When 'Bezier Chine Design and Construction' was just a baby inside my mind, my thought process was focused on using 'Approximate Development' to improve the basic concept of 'Radius Chine' design.

At that time, I thought it best not to deviate from the Double Hard Chine hull configuration required in a 'Radius Chine' design.  Even though 'Bezier Chine' is not restricted to that hull configeration.

Therefore, my first effort using 'Approximate Development' as a construction method to form 'True Round' surfaces by a Press-brake method mimicked a 'Radius Chine' design.

While the surface between the Developable surfaces is undeniably 'True Round', I really did not feel that 'Bezier Chine Design and Construction' was presented in its best light using this hull configuration.

My next design would start the 'True Round' surface at the Sheer-Line, continue it around the turn of the chine, where the True Round surface would seamlessly flow into a developable bottom surface.

The design itself would be Classic in styling, Curvy, Incorporate Tumblehome, and sized so that I could built Her as the 'Prototype' and 'Proof of Concept' build for 'Bezier Chine Design and Construction'.

Since building the 'Bezier 12.5, I have come to the realization that combining a True Round surface with a Developable surface serves no real purpose.

What Stayed the Same:

The below images show an overlay of 'Master Curves' Two, Three, and Four,  Five, six, and Transom.   It can be seen there is little difference in hull shape between the two versions. 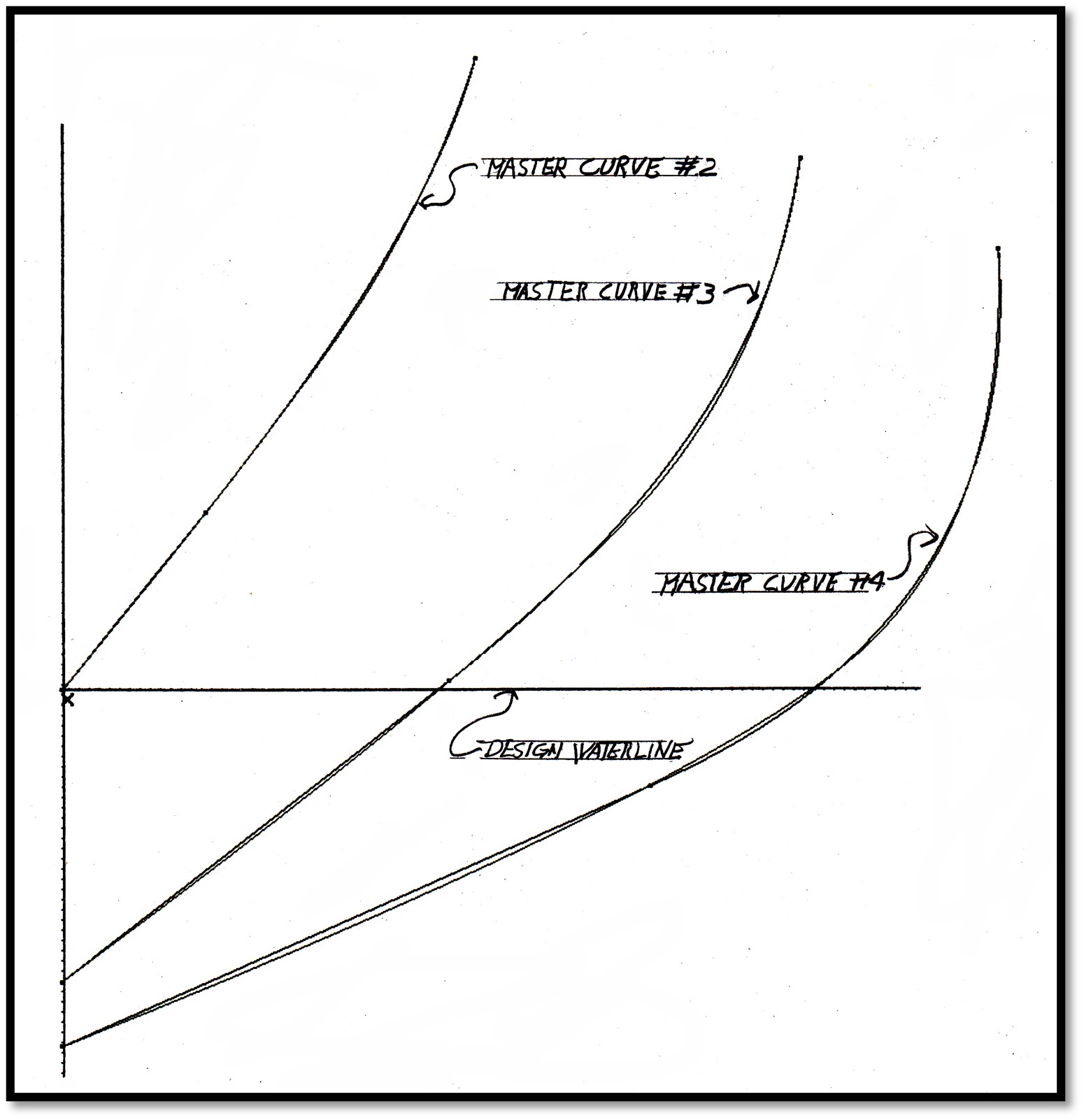 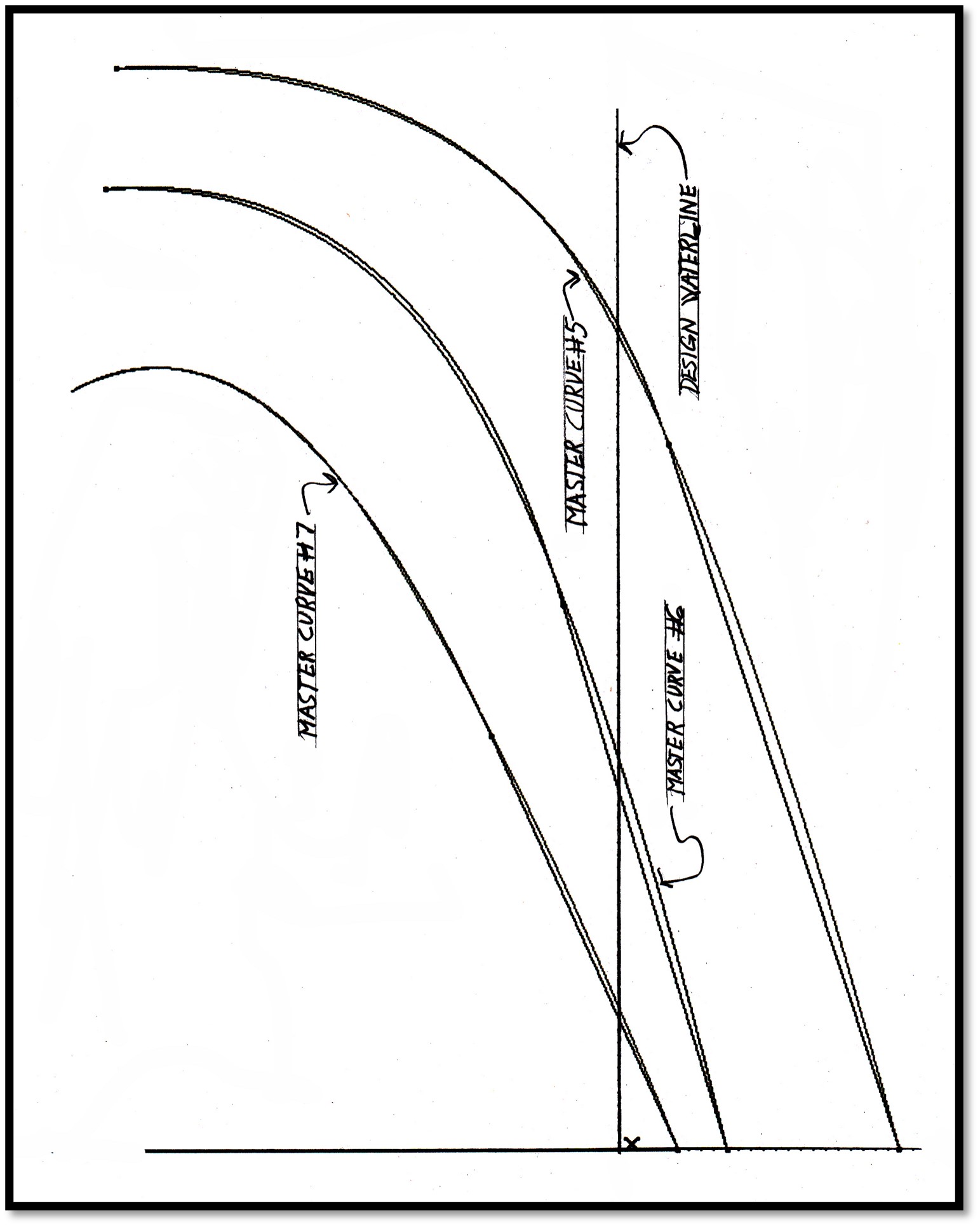